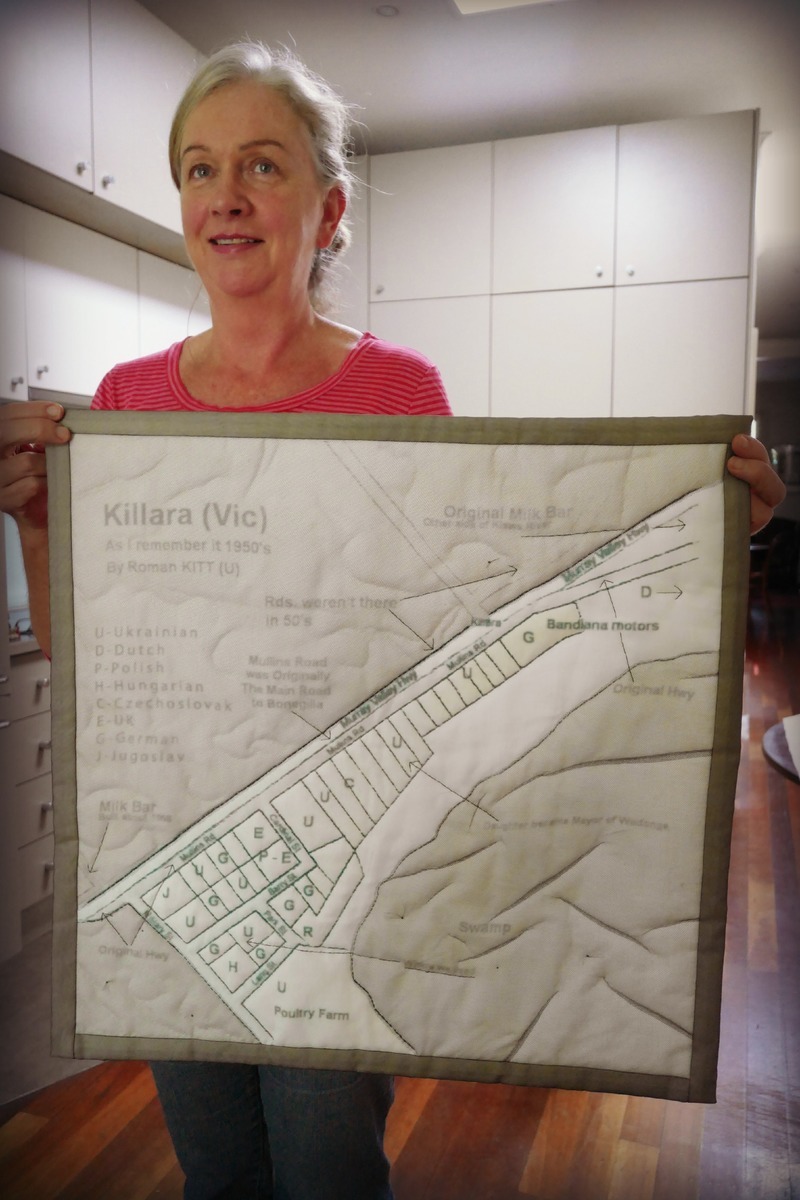 In the early 1950s, Michael Mullins (1872-1957) subdivided a corner of his property on the Murray Valley Highway half way between Wodonga and Bonegilla, to provide house building blocks to give a start to migrants from the Bonegilla migrant reception centre who wished to settle in the local area.

The settlement took on the name of the nearby section and homestead of the farm - Kallara - although it was the misspelling Killara that subsequently caught on and was gazetted as an official place name.

Early in 2015, his grandson Michael Mullins (1959-) commissioned Sydney textile artist Cathie Edlington to produce an artwork based on a map provided by Charles Sturt University historian Dr Bruce Pennay that had been drawn by Ukrainian migrant and former Killara resident Roman Kitt.

In October, Bruce mentioned the project in a presentation he gave to the annual conference of the Royal Australian Historical Society, which took the theme ‘Migration Matters’. He said that showing an image of the map alongside a photograph of the artwork reinforced a point he made about 'imaginative ways of remembering migrant pasts at the local level'.

The other example he gave was the stained glass window representation of the Holy Family as refugees fleeing out of Israel towards the Southern Cross. The window was part of the original 1967 construction of the Sacred Heart Church, Wodonga, and intended to pay tribute to the role of migrants in the local community. The window received local media attention recently in connection with the Catholic parish's resolve to welcome Syrian refugees to the area.

On completion of the Killara work, Michael interviewed Cathie about the project, and plans to also include audio of an interview he has scheduled with Bruce Pennay.